Only about 2 weeks late

Ok, I will try to make this as unbiased as possible. Ganondorf is an extreamly slow character, in movement and attack. That said, most of his moves can KO at low percentages, some even as low as 50% on the lighter characters. They also tend to have decent prority, Ganons kicking moves can even out-prioritise (is that even a word?) some sword attacks.

As said earlier, Ganon is very slow. He is also very heavy, the second heaviest human character, behind Snake. This does allow Ganon to live at higher percentages, however, his poor recovery ballances it out, so a Ganon with good DI can usually survive to around 140% on most lives. Another bad point about Ganon is that he is the tallest character in the game, and he has a very high crouch as well, meaning he cannot duck under any progectiles which really makes approaching hard for Ganon. He aslo lacks a preogectile himself, so he is usually forced to approach.

However, most of Ganons moves deal more than average damage, and he has the most powerful neutral B and Utilt in the game,although both are very slow. Ganons Side B is very good for setting up combos, such as Side B > Dtilt > Dair. It can also be used for tech-chasing, bu predicting what the opponent will do, you can chain with the move to wrack up decent damage. It is also used for Ganoncide, which is very useful if Ganon has high percent, but it is a risky technique, and should only be used when you are sure you will hit with it.

However, Ganons best move would be his DownB, or the "Wizzards Foot". It is a very versatile move, which can be canceled and ended in many ways. i will be writing a guide on what it can be used for after this. If I can have a cookie :3


Comboing with Ganon can be hard, as he is slow, and his attcks deal so much damage, so the opponents will fly rather far for combos. This does not mean that comboing is impossible, it just means you have to be very precise and quick to pull them off in the competetie community. Ill post some combos that work on most characters here. I dont usually do this, but I want more Ganon users around here

For most of these, you will need to be able to autoland Dair. To do this, on a Gamecube or Classic controller, you short hop using the control stick, and tilt down on the c-stick quickly. this does work with the wii mote, I just dont know how ._. Bassicvally you just jump and Dair quickly.

1: Dair > Dair > USmash Works better on heavy characters, but usually works on all

2: Dair > Ftlit > Down B or Dash Attack both work on most characters


Overall, Ganon is a slow and over powered charcter, who has lots of openings in his attacks. He relies on mind games to even get close to most other charcters,and has little combo abilities. However, if he pulls off one his stronger moves, the oppostion could find them selveslosing a stock at very low percentages. Not to mention his Dair is the strongest spike in the game, which kills even Meta Knight at 40%. 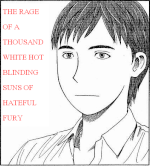