The Dash attack canceled up smash (abbreviated to DACUS, also referred to as Boost Smashing or the Mortar Slide) is an advanced technique in Brawl. As its name implies, it is performed by initiating a dash attack with the C-Stick and immediately afterward canceling the dash attack with an up-smash command. Any character can do it, but only certain characters gain a noteworthy addition to their attack strategies because of it.

Also, the up-smash can be replaced with a grab to perform a Boost Grab. https://eptcnextgen.forumotion.com/help-guide-section-f39/boost-grab-t225.htm#4819
Uses

A DACUS is useful when the character physics behind it allow the up-smash to slide significantly far and fast across the stage while charging. It adds an extra factor to a character's KO potential, or can simply be used to surprise a distant opponent in the interest of maintaining close quarters. With good timing, it is possible for both the initial hit of the dash attack and the up-smash to connect, providing extra damage.

This is a short list of characters that have a sliding DACUS:

1. Snake: The most useful DACUS for stage control, as well as the easiest one to connect both the dash attack and the up-smash (the initial hit, at least, or giant/slow motion). A well-known maneuver for any advanced Snake player, as its speed and range are excellent at both interrupting and launching yet another explosive into the battleground. This one even if it doesn't connect is still very easy to time with.

2. Sheik: The most useful DACUS for killing, as Sheik's up-smash is her strongest killing move, but is unfortunately difficult to sweetspot under normal, stationary circumstances. It is one of the more difficult Boost Smashes as far as timing goes, but it is also tied with Snake's for being the farthest and fastest.

3. Link: Useful in its ability to make the normally-slow Link move much faster while attacking, and excellent when combined with Link's strong projectile game.

4. Jigglypuff: Like Link, Jigglypuff's DACUS assists its slow ground game by giving it this sliding smash.

5. Falco: Falco's best DACUS will slide halfway across Final Destination, and gives him yet another follow-up option to consider after connecting with a canceled Blaster shot or his down-throw. Falco can also easily chain the actual dash attack into the up-smash, although it can be performed with a different set of commands (A while dashing, up on C-Stick or smash up with the controller stick if you want charge upon first few frames if a hit is landed) and will not slide.

6. Wolf: Wolf's DACUS gives him two sliding smashes, as opposed to just forward-smash. This one, however, is significantly more powerful. Like Sheik's DACUS, this can KO.

7. Wario: Covers a great distance. The initial frames of his dash attack can also cancel into his up smash. At low percentages, Chomp can combo into a DACUS.

8. Sonic can slide three-quarters across Final Destination with his DACUS, and can be used for a mix-up game. 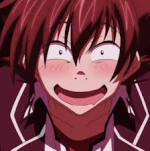 Im getting the hang of the DACUS just need more practice